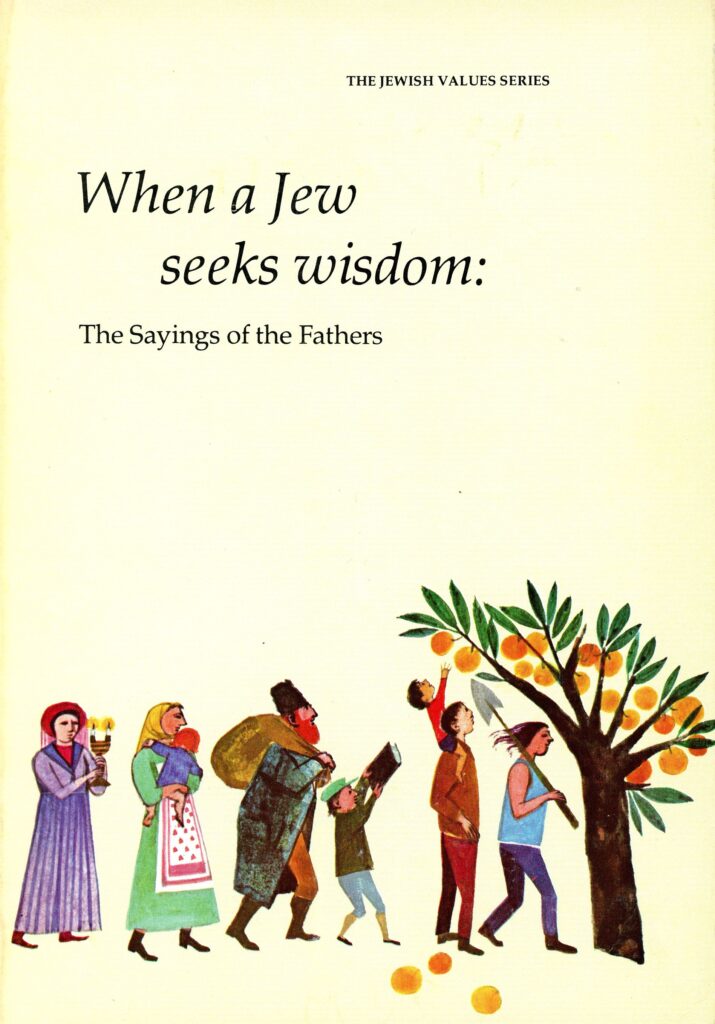 When a Jew Seeks Wisdom 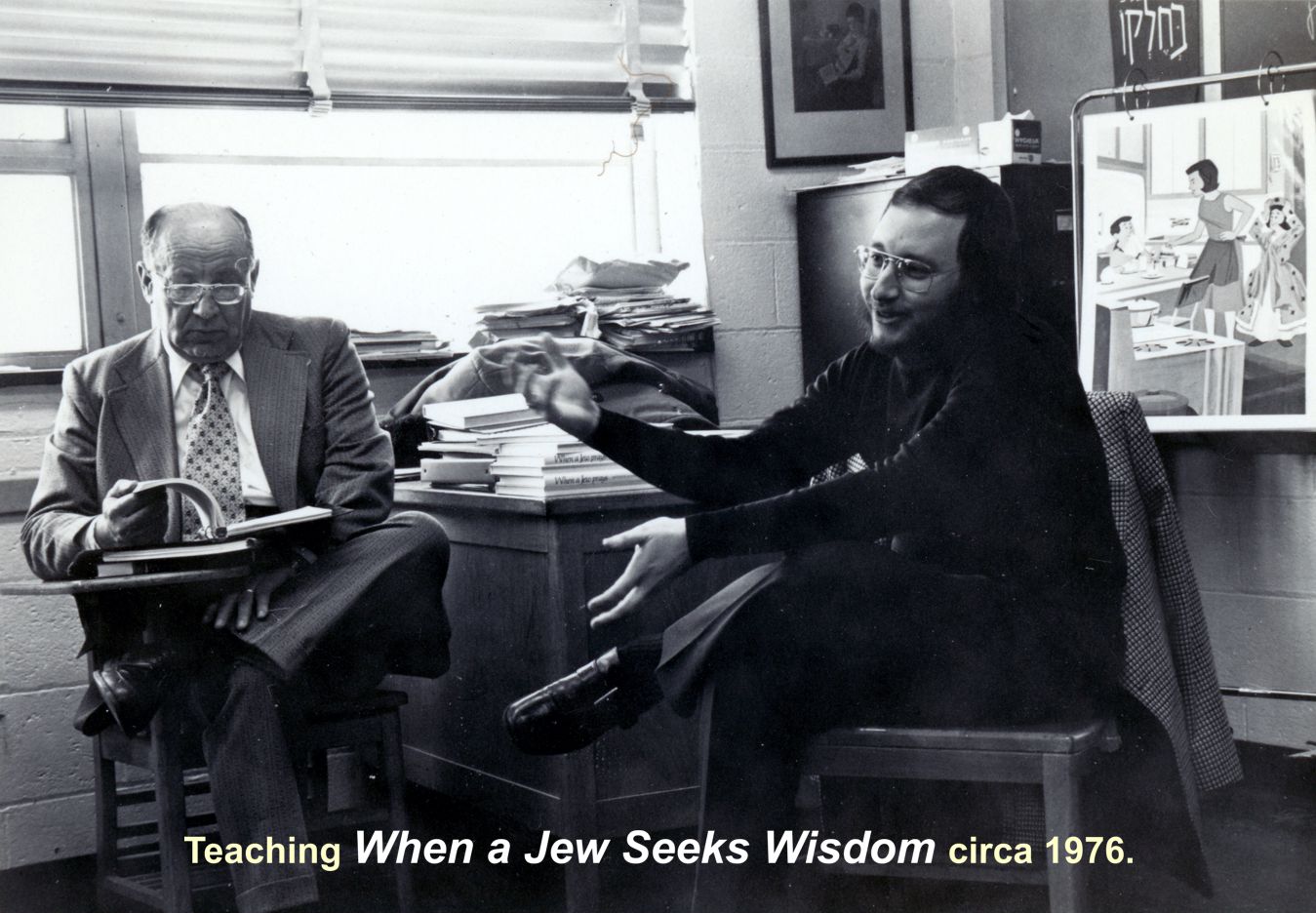 When a Jew Seeks Wisdom

The Sayings of the Fathers

When a Jew Seeks Wisdom was the third and final volume in THE JEWISH VALUES SERIES from Behrman House. The first volume, When a Jew Celebrates, was written by the astute and versatile Harry Gersh. I wrote When a Jew Prays and When a Jew Seeks Wisdom. The series was guided and edited by three eminent rabbi scholars — Eugene B. Borowitz, Chaim Stern, and Hyman Chanover. All three volumes were illustrated by noted Austrian artist Erikha Weis.

The Jewish Values Series was conceived by Dr. Eugene B. Borowitz and the brilliant publisher Jacob Behrman. It would be an understatement to say that this series intended as curriculum leading up to Bar/Bat Mitzvah revolutionized and revitalized Jewish education in the 1970s. The textbooks of Behrman House shaped American Jewish education for the next two decades. New Behrman House books represented significant investments in time and effort. They were colorful, well-illustrated, well-researched, and carefully crafted. Just as much effort was put into workbooks, teachers’ guides, filmstrips, flashcards, cassette recordings, and classroom posters.

I became Editor-in-Chief at Behrman House in 1973, the same year that my first full-length book When a Jew Prays was published. The team grew and Behrman House went from a small player in Jewish publishing to the undisputed leader in Jewish education within the decade after I became Executive Vice-President. It was a great privilege to be associated with a publishing house that honored its authors, treasured its values, and lived up to its promise to improve Jewish education in America in every possible way.

Against all odds, When a Jew Seeks Wisdom written in the 1970s is still popular more than forty years since its publication. It is more than a thematic commentary on the famous Pirke Avot, “The Sayings of the Fathers.” It also employs a vast treasury of stories and anecdotes from sources beginning with the Bible and including the Talmud, the Codes, the great teachers of Europe, the long string of Hasidic teachers and storytellers, and the works of modern rabbis and sages. It somehow manages to be an easy book to read, a book worth reading again from time to time, and a book that makes any teacher or parent seem wise.

Get yourself a copy and see what I mean.

If I Am Not for Myself,
Who Will Be for Me?

If I Am Only for Myself, What Am I?

If Not Now, When? 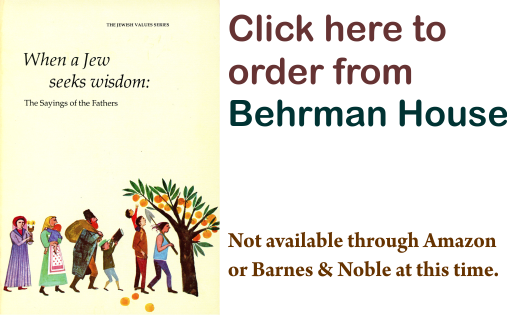 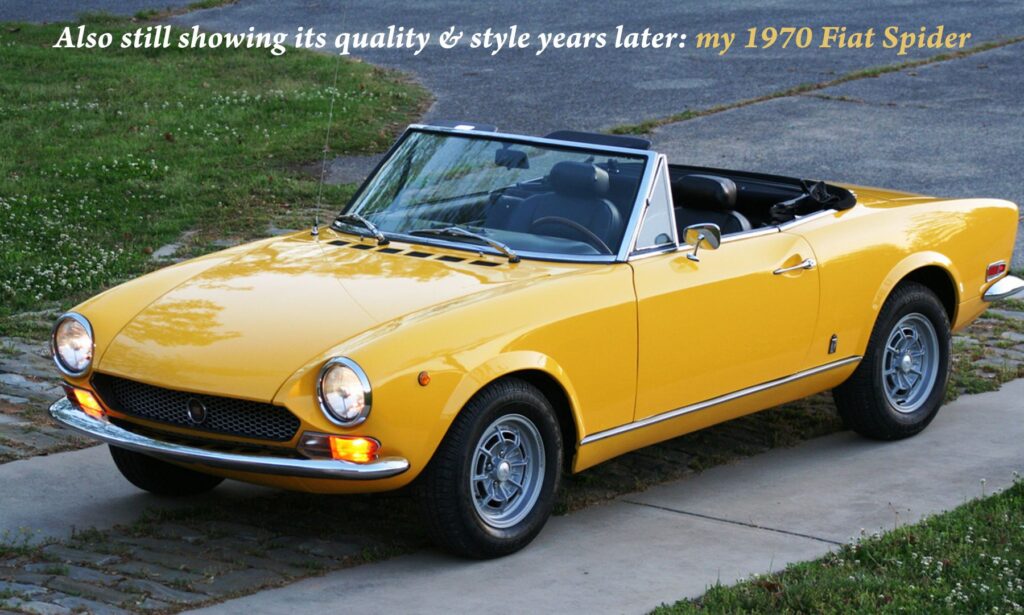